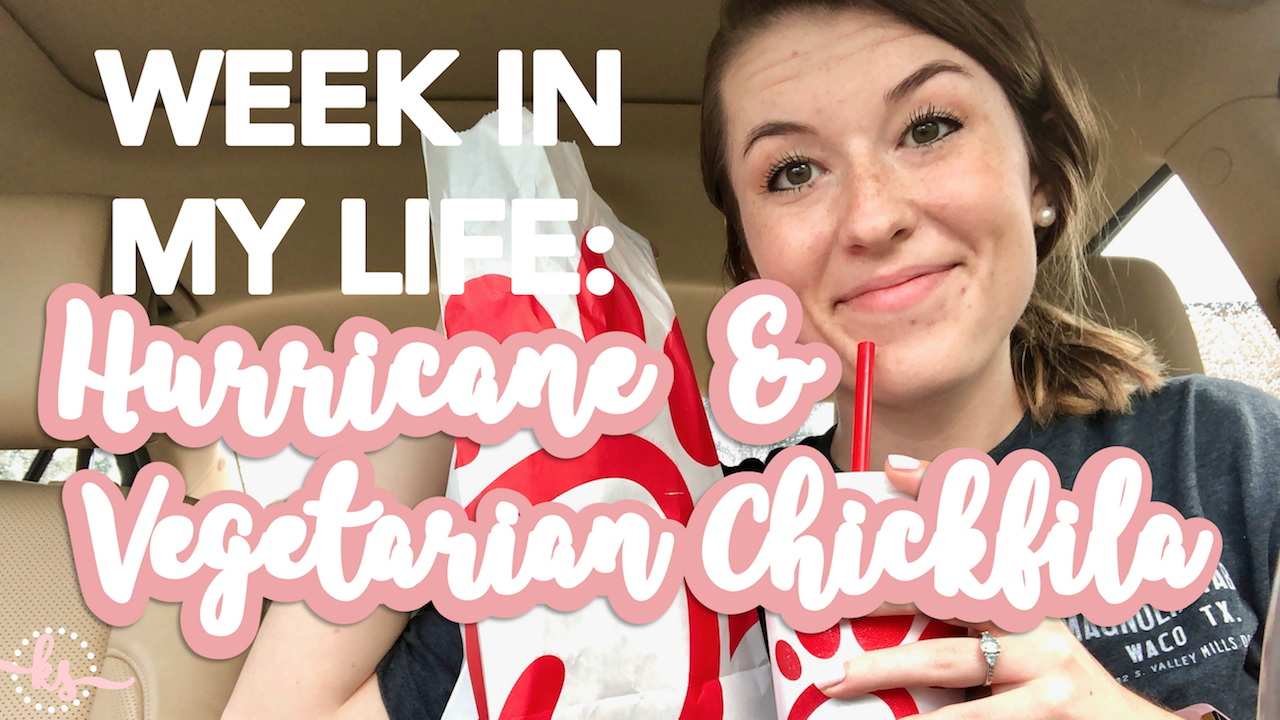 Hey there and happy Thursday! Thursdays always takes me by surprise because I only have class Tuesday/Thursday, so my weekend starts after classes on Thursday! Last week, Hurricane Michael threw just about all of Florida and the southern US for a loop with its sudden arrival and progression from a ‘tropical storm’ to a Category 5 hurricane…. the worst the sunshine state has seen in over a hundred years. Scary. I started out Monday morning as normal as ever, and ended the day driving home to Tampa because classes at FSU were cancelled for an entire week because of the storm.

I decided to vlog my week to document what happened (and as something to keep my mind off the impending storm), and it ended up being 2 parts, because I try to keep videos < 10 minutes each.

I’ve been enjoying daily vlogging like this so much! And y’all seem to love these type of videos as well, so I’ve been filming more of them. I also filmed a ‘day in the life: dog vlog’ while I was home, so that’ll be coming later this week. Do you prefer to watch casual vlogs like these, or sit-down videos to go along with my usual blog posts?

You can watch the two videos to see the progression of my week, but it’s always really hard to face hurricanes, even being a Florida native. Michael was the worst the panhandle has seen in a long time. And Tallahassee actually got really lucky with the damage we could’ve had.

Brooke and I were at a beach just south of Tallahassee last weekend (see my photo from that day here), and that same beach made the front page of my local newspaper for the devastation there. It was also worrying to be away from my Tally home and have no idea whether it was damaged or not. I concluded the second vlog returning home, and I am so so thankful for my little home being okay. It could’ve been so much worse.

This hurricane destroyed whole cities and the devastation will affect people for a long time. We’ve had a hurricane every single fall semester I’ve been at FSU, and this was by far the worst yet. Even from the ‘weaker’ storms, we saw damage, delays, and recovery months later.

This time last year: Hurricane Irma & the ‘Love You Because’ Challenge

Please continue to keep those affected by this storm in your thoughts and prayers. Much of the panhandle was completely destroyed. And some FSU students are still without power. This stuff is real and it never gets easier.

Like I said in the video, God is always on our side, and there are thousands of kind souls working day in and day out to lead repair and recovery. I hope you enjoyed this week’s vlogs, and I pray you were out of the path of the storm, or on the way to recovering. Blessings always.